Right from the start, from the very first date at a book store, Sally and Zach – both elementary school teachers – fell into easy conversation.

“We got to know each other by talking about books and music. We found out that we shared a lot of the same favorite childhood book series,” Sally said. “Conversation was easy and natural and neither one of us wanted to end the date, so we kept drawing it out by finding more and more stores to go into. We then had dinner and continued to bond over our mutual love of ice cream. From that point on, not a single day has gone by where we haven’t kept each other laughing and smiling.”

Sally said her first impression of Zach was “WOW! He’s cute! And he may even be a bigger dork that I am,” she joked, while Zach said it just all felt natural. “I thought she was adorable, charming and funny.”

Both said there was no specific moment when they knew they were meant to be together forever.

“The level of comfort and understanding we have had with each other from day one made it a no-brainer,” Sally said.

Before the start of the 2021-2022 school year, Zach planned a weekend in the mountains with Sally and their miniature dachshund puppy, Noodles. After dinner outside by the fire pit of their cabin, Zach took Noodles inside.

“Several minutes later, the door opened up and Noodles, ever the star of the show, proudly pranced down the stairs wearing a bandana that said ‘Will You Marry my Dad?’ Sally said. “Zack came out right behind her and got down on one knee to pop the question. Neither of us remember anything about what the other person said because we were both so excited that we blacked out a little bit. I was very surprised and beyond excited for such a magical end to an already fantastic summer!”

Sally and Zach married at Forsyth Park, in front of the iconic fountain that is the crown jewel of Savannah’s historic district. The golden late afternoon sun provided the perfect lighting. After a delicious dinner, the guests danced the night away to the fabulous Voltage Brothers band, who had also played at Sally’s sister’s wedding. It was clear why Sally and Zach invited them back! Such a fun, high-energy party!

Amid bubbles filling the chilly night air, their guests waved off Sally and Zach, as they left in a classic car. Such a perfect day!

Caterer: The Mansion on Forsyth Park 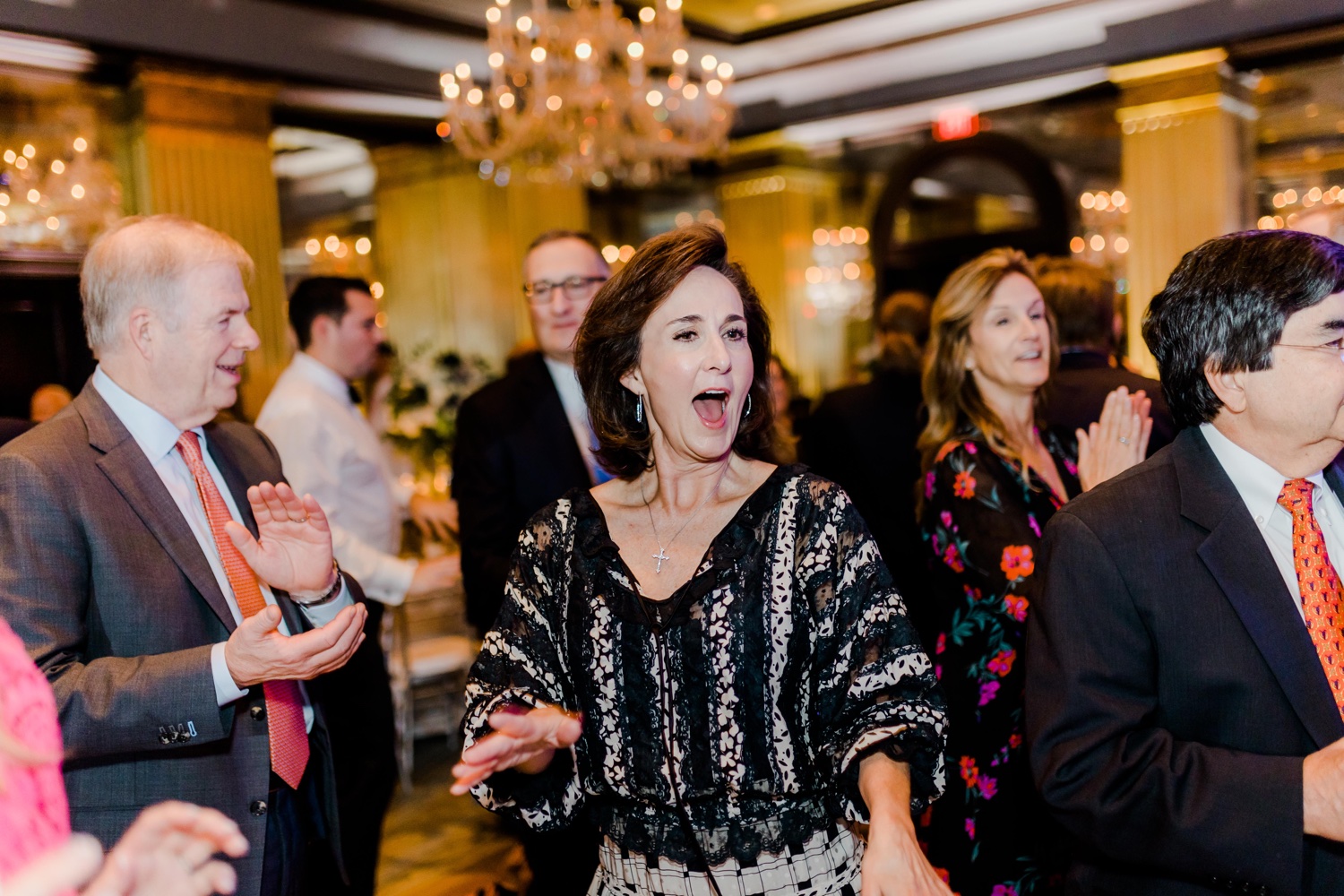