Abigail and John met at Miami University, where Abigail was in school. John went to Mount St. Joe but would come to Miami most weekends to visit friends.

“We had mutual friends at Miami and even attended a few of my sorority date parties together. It wasn’t until a year after college that we started dating. I worked at the same high school as John’s mom and that is how we reconnected,” Gail said.

She said John walked into a house where she was hanging out with friends.

“He was wearing a super preppy outfit and acted like he was the mayor of the house. I looked at one of my friends and said, ‘Who is this guy that thinks he knows everyone here?” and they responded, “That’s John Knoll!” She said he was friends with some of her high school friends, and they, too, became immediate friends.

Gail, a high school math teacher, said she knew John was the one shortly after they started dating.

“We get along so well and constantly make each other laugh. Everyday I get excited see John after a long day,” Gail said.

John proposed on the beach at Hilton Head Island right after Christmas 2020.

“I had a feeling the engagement was coming soon because I never get my nails done, and my mom and sister forced me to go with them right before Christmas. But then again, I didn’t think it would happen because around Thanksgiving, John’s siblings were hounding him with questions on when he was going to propose. He was so calm, cool and collected answering his brothers that I thought it would be a while. But it turns out John went to my parents’ house and asked my dad for his permission. John then went ring shopping with my mom to pick out the most perfect ring,” Gail said.

It took them less than a day to decide they would get married on Hilton Head, just down the beach from where he proposed. And on their wedding day, they took a moment to ride red beach bikes, just like they’ve done many times on the island.

“Hilton Head has always been a special spot for John and I,” Gail said. “We just knew this is where we had to get married, overlooking the beach and surrounded by our family and friends.” 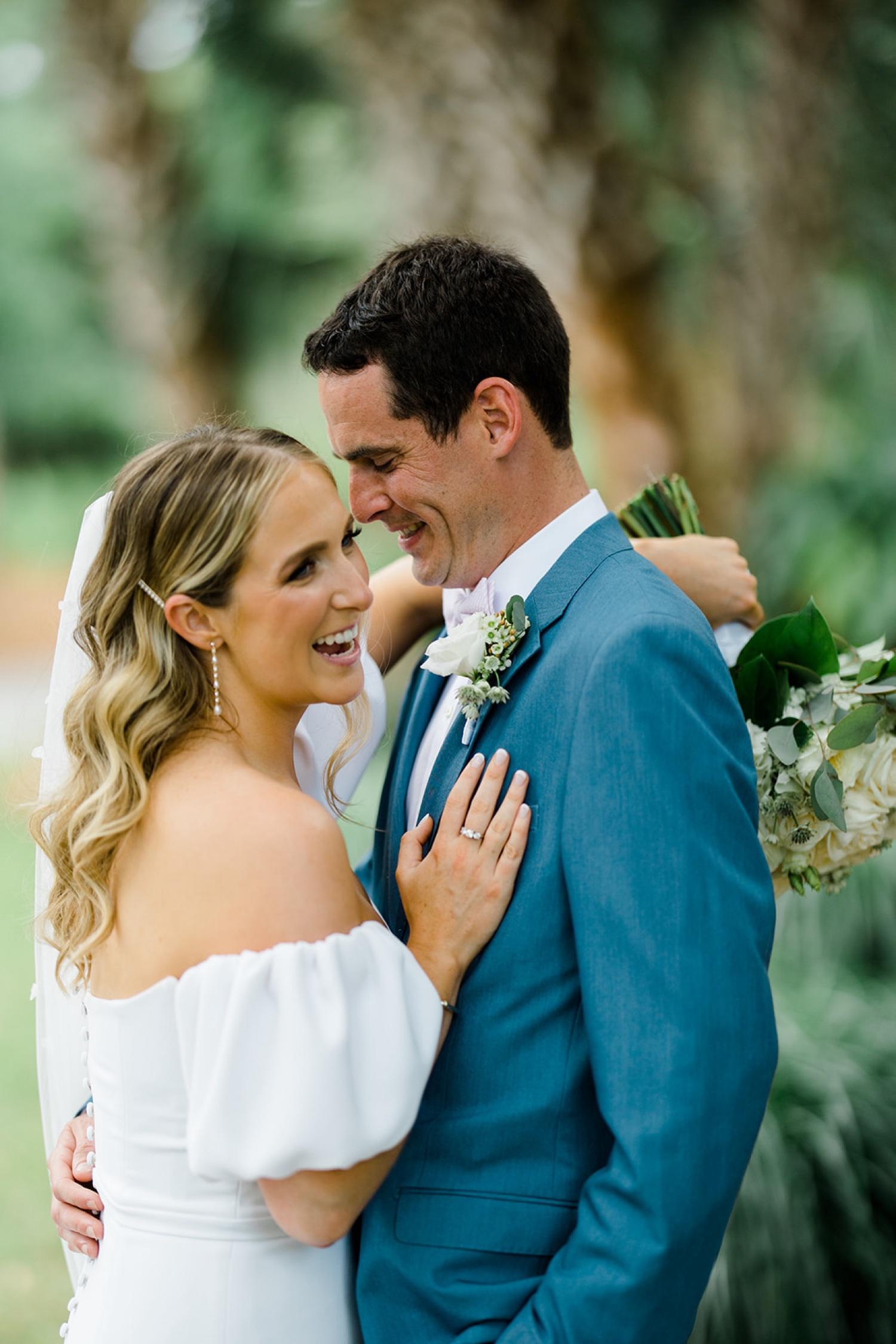