Sara and Matt met at a local hospital, where she was a nurse and he was in medical school.

Sara: “I definitely didn’t think he was the person I would end up spending the rest of my life with, but I thought he was cute and knew he wasn’t a loser because he had gotten into medical school. I was mostly just excited to have met someone since I had no friends in Savannah!”

Matt: “My initial impression of Sara was that she seemed very awkward. One of the first times we met in person was in the hospital. While I was trying to have a casual conversation with her and ask her on a date, she was very obviously pretending to be busy with something (staring at her computer screen and clicking between tabs but not actually doing anything). She agreed to go on a date with me, during which I definitely got to know her better!”

Sara: “I knew Matt was the one when I went back to North Carolina where I went to school for my best friends’ graduation in May. (Matt and I met in March.) I remember talking to my friends about Matt, and my over-the-top emotional friend looked at me with tears in her eyes and said, “I’m so glad you’re so happy. I can’t believe you met him so soon.” And in Matt’s words as I’m typing this, “You changed your mind about me pretty quickly, didn’t you?” He really won me over in those first few months.”

Matt: “I first knew that Sara was the one when I started researching and applying to residency training programs. I knew that I wanted to get out of Georgia, and, at the time, I thought I was going to get out of the Southeast. When I envisioned myself in a different part of the country and in the next stage of my life, I couldn’t imagine being without Sara.”

Sara – “We had a trip back to Savannah planned for January 2020. I knew it was important to Matt. I mentioned rescheduling the trip when I found out we were going to have rainy weather, and he got very upset when I mentioned going a different weekend instead. So he ended up booking the AirBNB for an extra night since it was going to be nice on Sunday night, and neither of us had to go back to work right away.

“When I was packing for the trip I knew it was going to be rainy and cold so I packed mostly jeans and sweaters. I saw him packing a suit, and I was like, ‘Woah, where are we planning on going?’ He said that he was packing it just in case we decided to go out to a nice dinner while we were there. So I packed a few dresses, but didn’t think much about it when I tossed them into my bag.

“When we arrived in Savannah, Matt asked me where I wanted to go for dinner. I told him that maybe we should check out that new place we had been talking about. Then he said, ‘I have another question for you,’ and pulled the ring out of his pocket and said, ‘Will you marry me?’

“We popped a bottle of fancy champagne someone had given us a a gift for the holidays and called our family. He made a run to CVS downtown for Scotch tape because my ring was 3 sizes too big. He also had made dinner reservations at The Grey, which he knew I had been wanting to go to for awhile. We ended up having beautiful weather on Sunday and Monday and hated leaving our little bubble and coming home.”

And props to Urban Poppy for the beautiful rose garland on the gates of the Armstrong Kessler Mansion. 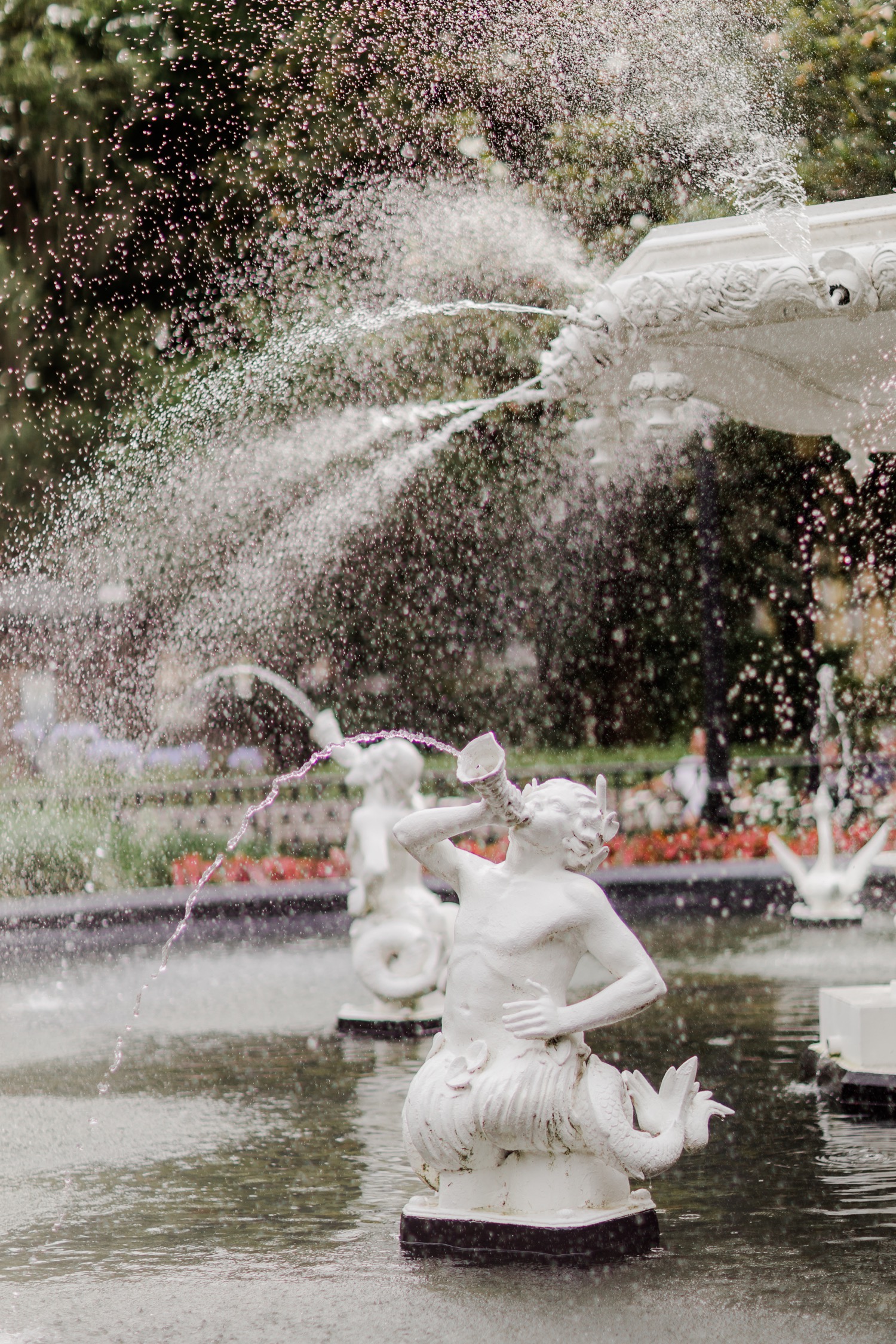